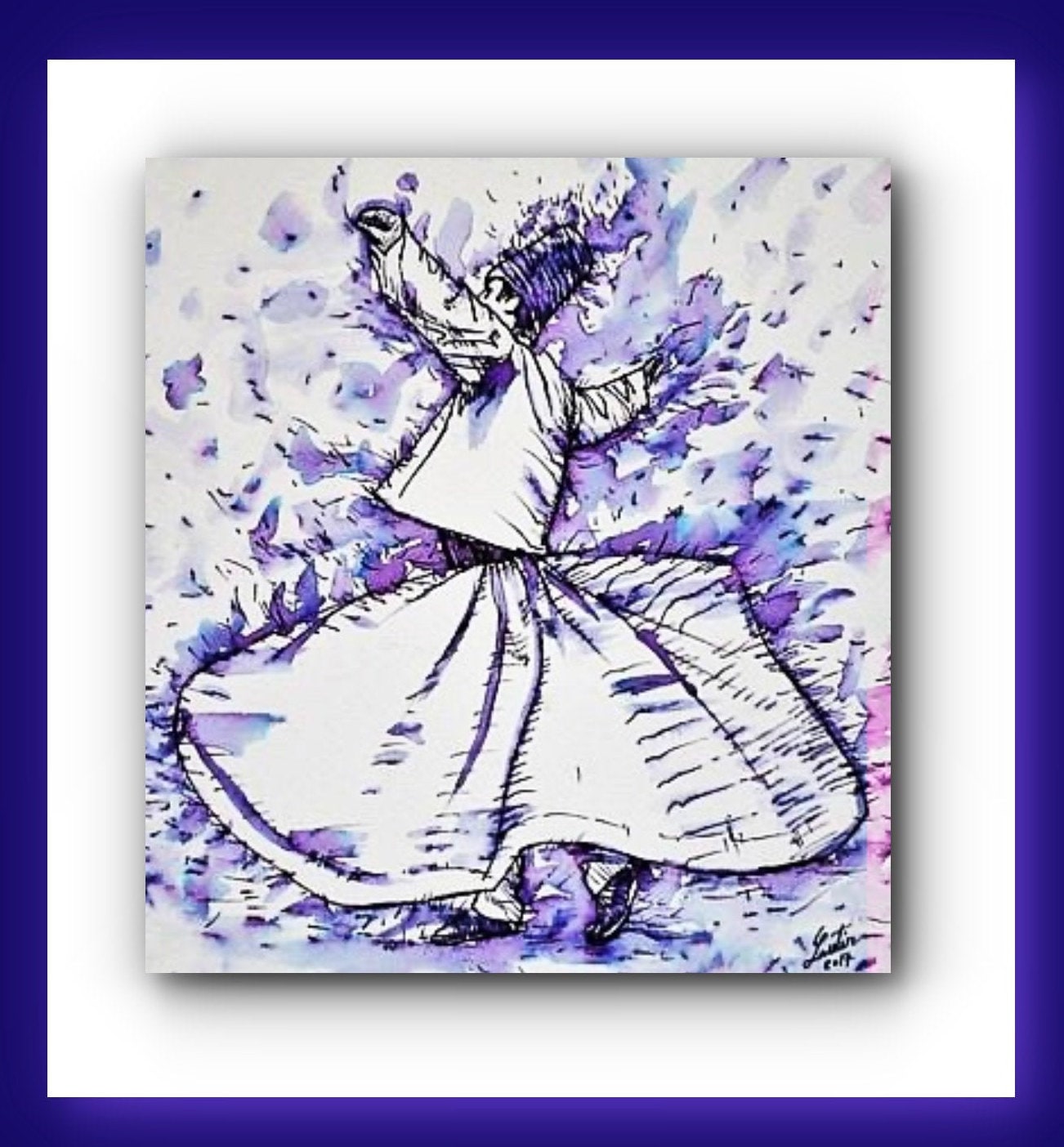 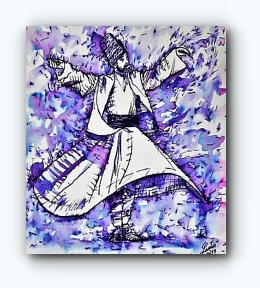 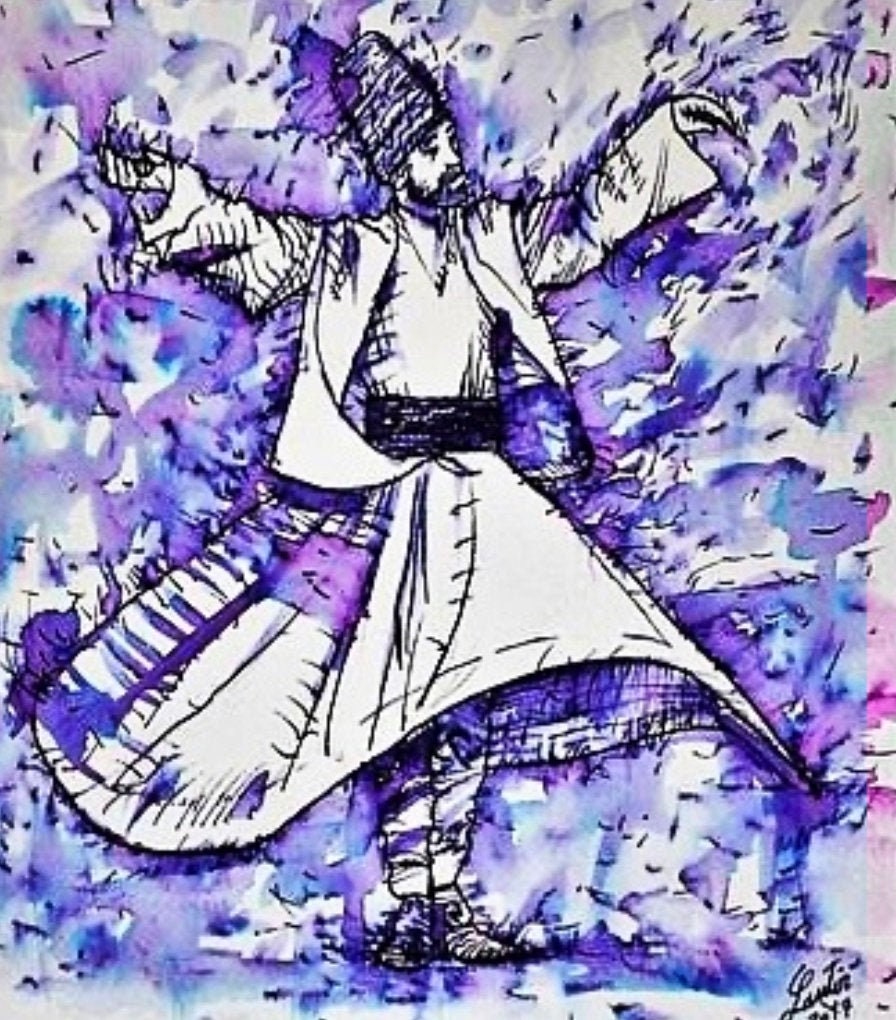 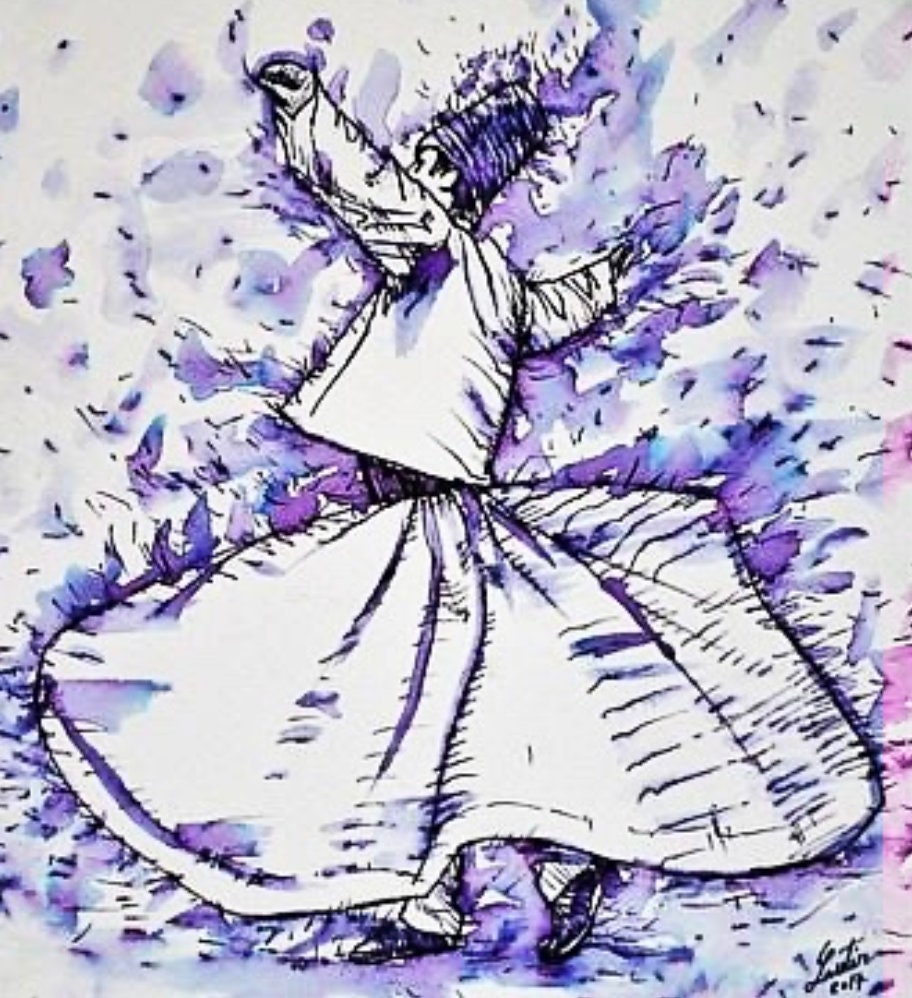 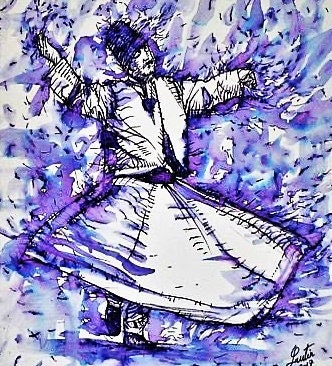 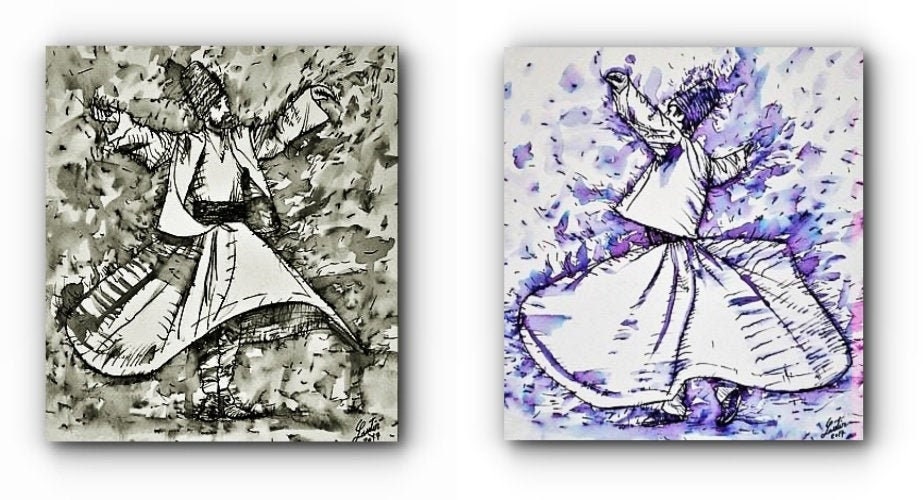 Whirling Dervish Paintings are Deeply Rooted In Eastern World Since the End of the 11th Century. It was highly Promoted By The Ruler of Eastern Countries.
Color: Blue Shades & Grayish green Shade - Black & white is available upon request
Sufi Mystic Dervish Canvas Painting ready to be hung on any wall.
Gorges Packaging included: Painting With Hooks
Made in USA